Menu
Log in
Register
Install the app
You are using an out of date browser. It may not display this or other websites correctly.
You should upgrade or use an alternative browser.

I've become dissatisfied with my layout Queensbridge. It seemed like a good idea when I started, but it no longer fits my desires for a layout, from either an operational or realism point of view. I have found the space to make an L shaped layout with a double track mainline with fiddleyards at either end, 8'x5' scenic area.
The basic idea and what I want out of the layout are as follows. North London Railway between 1900 and 1905 modeled in P4. A double track line capable of running passenger service, complete with signaling. A goods yard, maybe just a coal yard, but goods traffic would be nice too. Part of a station at one end.

What I have done so far is to take the signaling diagram for Hampstead Heath and curve it to fit the available space. This has the advantage over something I made up of probably being correct! The downside is that it leaves the back corner of the layout needing a lot of terraced houses. Here is that plan: 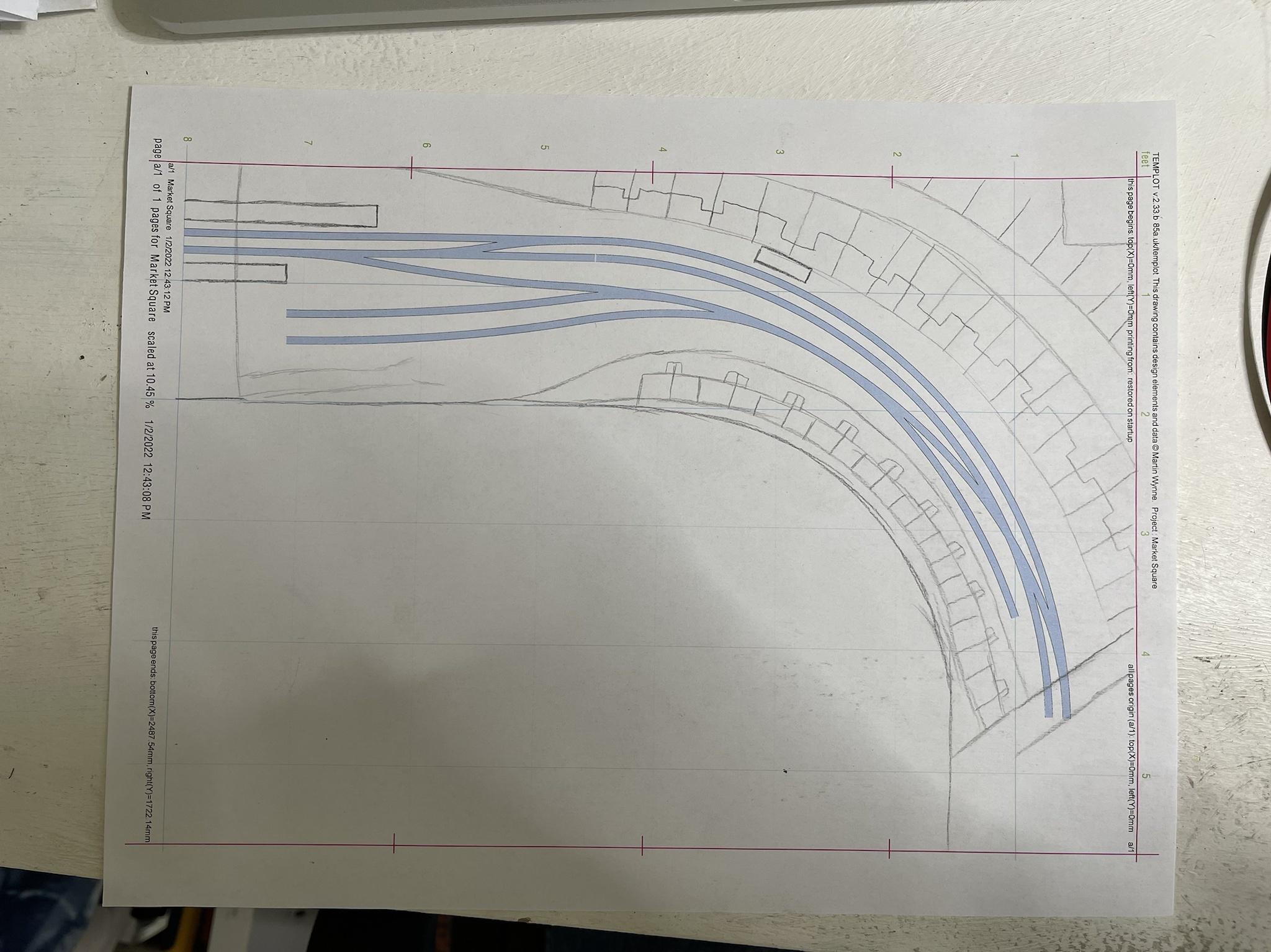 The other option is to fill the back corner of the layout with a gasworks. That would give me an online industry and a place for 0-4-0s to play. I need some help with the track plan of this though. I'm picturing an exchange siding, somewhere coal gets unloaded, maybe a tiny engine shed if I'm lucky. Some gasworks had internal narrow gauge lines, I think that's complicating things a bit too much. Some of this has been sketched in pencil on the Hampstead track plan. I'm ok with one track going into the fiddleyard, but I want to limit it to that. I think most of the actual gasworks would be low relief or on the backscene. Here is what I have so far: 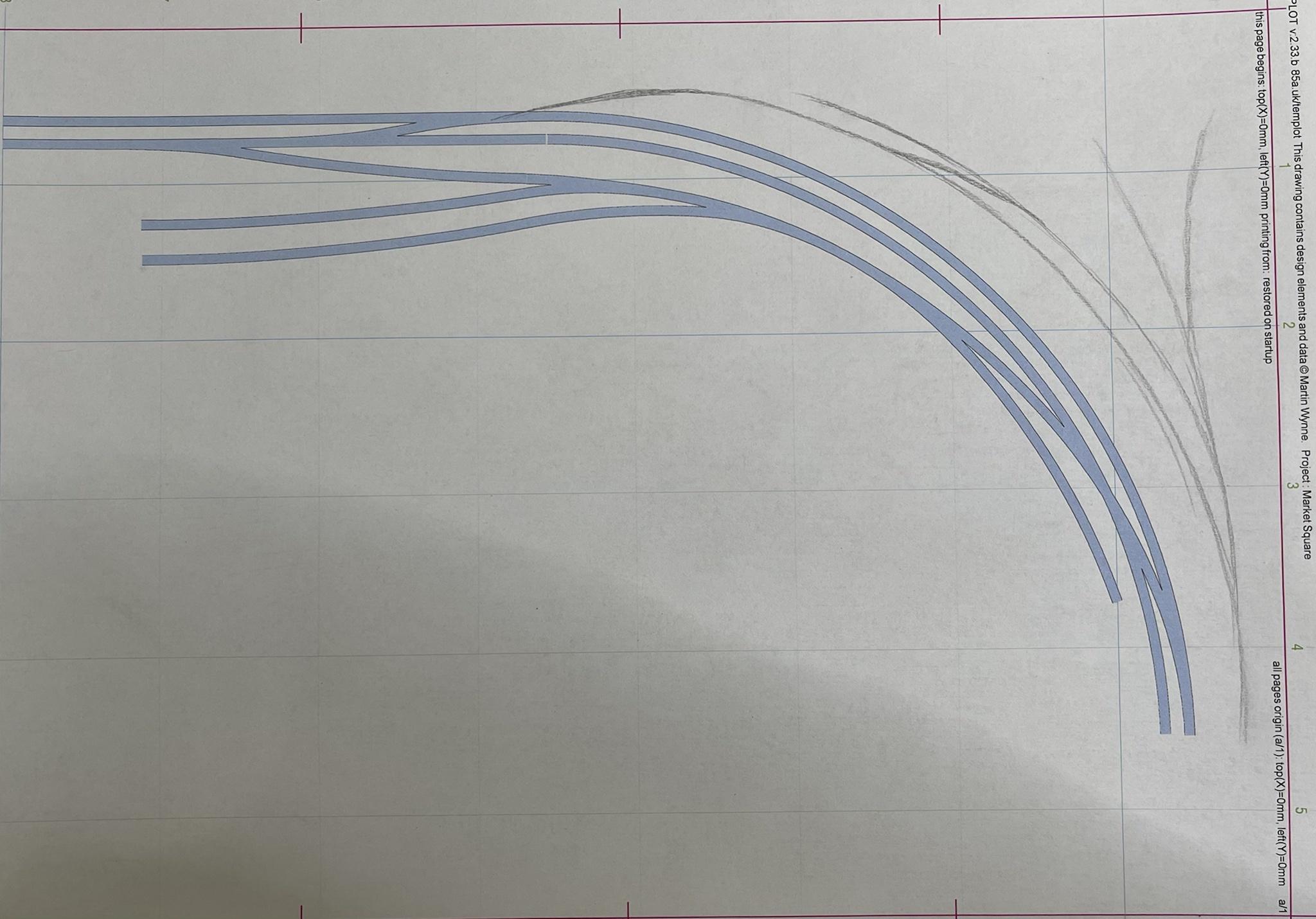 If you put sidings in the corner, you’ll need to allow for remote coupling & uncoupling.

sorry if this is obvious and in your plans already!

A gasworks gives potential for traffic in and out but check the size of the gasholder you may plan to put on the backscene - they are huge!

Hi Gareth. Does this new layout mean that I can stop work on designing the signalling for your Queensbridge layout?

cbrailways said:
Hi Gareth. Does this new layout mean that I can stop work on designing the signalling for your Queensbridge layout?
Click to expand...

cbrailways said:
Hi Gareth. Does this new layout mean that I can stop work on designing the signalling for your Queensbridge layout?
Click to expand...

Yes. Sorry, the difficulty of signaling it is one of the contributing factors that's lead me to think of alternatives. Rather than trying to change it to be what I want, I think its time to start something new. But with more thought going into its design. I hope you haven't spent a great deal of time on it.
You must log in or register to reply here.
What's New?
Share:
Reddit Pinterest Tumblr WhatsApp Email Share Link
Top